By the week before the Phage Olympics, most of us had streaked our plaques, obtained our high titer lysates, isolated the phage DNA, and seen our phages using electron microscopy. However, there was a final, big step we all had to go through: gel electrophoresis.

DNA electrophoresis is a process used to separate and create a dyed visualization of DNA fragments. It can be used to gain a general picture of what the isolated phage DNA looks like, and how high quality the DNA prep is.

The first gel I did was a quality control (QC) gel. This test assesses the quality of your DNA sample. In preparation for this gel, first the DNA was rapidly heated, then cooled on ice. Then, 1 𝛍L of the DNA was first placed in a microcentrifuge tube, and 4 more 𝛍L of dye were added to the sample. This sample was then run on a gel for around 40 minutes. Here was an example of a QC gel (my sample is labeled ACC): 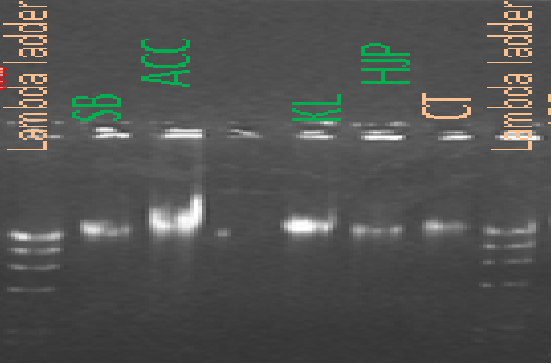 Higher quality samples should appear as a single band with little to no smearing. Because none of our samples that I know of exhibited a large amount of streaking, we all had pretty high quality DNA!

The second DNA electrophoresis I did was the restriction digest. This gel involved cutting up the DNA fragments into separate pieces using restriction enzymes. In preparation for this gel, I first incubated my DNA, then cooled it on ice, and then set up 6 different samples, each with 0.5 𝛍L DNA solution and a specific restriction enzyme in solution. These samples were quickly spun, and then incubated. They were then laid out in gel wells, and the gel was run for 30-45 minutes.
How did it turn out? Pictured below is my gel electrophoresis:

Now, the restriction digest is used to compare the genetic content of an unknown — in this case, my phage — to several knowns in order to find a match or similar phage. Based on what I already knew (my phage was probably in cluster C), I took a look at some virtual images of digests from the phage database. I found some which were close, pictured below: 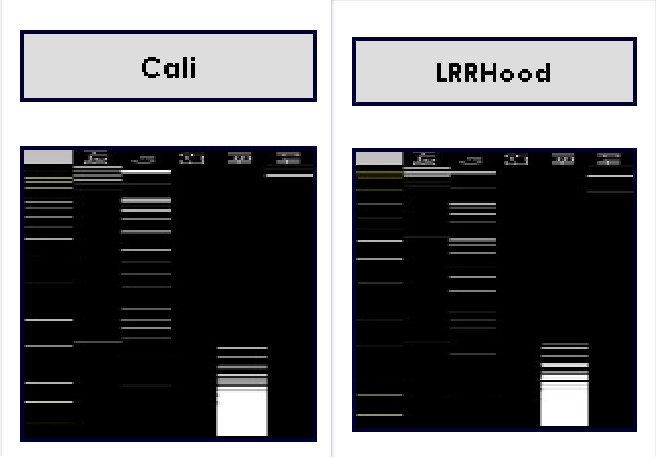 However, the restriction digest certainly doesn’t tell you everything there is to know: it just a part of the larger phage picture!

This entry was posted in From the Phage Hunters and tagged dna, gel, phage hunting. Bookmark the permalink.